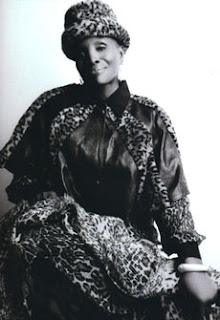 The Committee for Relevant Art, CORA in collaboration with the African Movies Academy Awards, AMAA, present ARTHOUSE FORUM in celebration of the 70th Birthday Anniversary of the veteran actress and stage matriarch, TAIWO AJAI-LYCETT.

Also, Q & A between the veteran actress and the audience.

Taiwo Ajai-Lycett, OON, Fellow (SONTA), was born in Lagos, Nigeria, on 3 February 1941. She was honoured with an OON (Officer of the Order of the Niger) in the 2006 Nigerian National Honours List by President Olusegun Obasanjo, President of the Republic of Nigeria on October 1st – on Nigeria’s 47th Independence Day Anniversary. She was, also honoured in the same year, with a Heritage & Honours Award of the Association of Advertising Agencies of Nigeria, for her services to the profession of Advertising in Nigeria, and as a former Executive Member of the Association. Taiwo is also a Fellow (SONTA) a Fellow of the Society of Nigerian Theatre Artists.
For her meritorious service to the cause of Creative Arts, Education, Business and Community Development, Taiwo has received several other Awards, among which are Outstanding Role & Enviable Accomplishment Award 1997 (Neimeth/Pfizer-CKC Partners); The REELS Merit Award (the Academy of Creative Arts in Nigeria) 1999; The Amazon Award – for Outstanding Contributions to Nation Building 2002; Award for Service as a Mentor in the FATE Programme for Aspiring Entrepreneurs, 2001; the Lagos State Government’s Merit Award in Recognition of Meritorious Service Towards the Advancement of Education in the Alimoso Local Government Education District of Lagos State, 2005; Tiwa ’n’ Tiwa – Lagos State Television & Broadcasting Corporation; Recognition – Main Frame Film & TV Productions; and Opal Awards, among others.


EDUCATION & PROFESSIONAL TRAINING
Taiwo Ajai-Lycett had her early school years in Lagos, Nigeria, and was a Pupil Teacher before proceeding to the UK in 1960 in search of the ‘Golden Fleece’! She worked as waitress/washer-upper at Lyon’s Tea Shop in the City and from 1960 to 1962, studied at night schools and at Pitman’s College, London. Between 1962 and 1970, she worked with the United Kingdom General Post Office (GPO/HQ), Gresham Street Headquarters, at different levels, for a period of eight years, as the Personal Secretary to the Director of Personnel, the Director of Research & Development and as Senior Personal Secretary to the Chairman, Lord Hall, and in the Private Office of the Postmaster-General, Mr John Stonehouse, at the General Post Office Headquarters, London.
Taiwo combined working with further education, attending the Christine Shaw School of Beauty Science and Cosmetology, London; the North Staffordshire College of Technology (now Keele University) and graduated with the Higher National Diploma in Business Studies in 1969 at the Hendon College of Technology.

CAREER DEVELOPMENT
Upon leaving the UK Civil Service, in 1970, Taiwo had a brief spell as the Personal Assistant to the Chairman/CEO, Compound Sections, UK, fabricators of component parts for the UK automotive assembly plants. She was also a Secretary to the Personnel Director, Young & Rubicam Advertising Agency, UK.

JOURNALISM
In 1975, Taiwo joined Africa Magazine, an Economic, Political, Social journal, based in London, as an Associate Editor. That same year, she became the Editor and Launched AFRICA WOMAN, a political, economic and social magazine for Black and African men and women in the Diaspora.
In 1975, Taiwo Ajai-Lycett covered the inaugural Conference of the International Women’s Year in Mexico and the then Germany’s East Berlin, as a photojournalist, for both AFRICA MAGAZINE and AFRICA WOMAN.

COMMUNITY SERVICE & MEMBERSHIP OF PROFESSIONAL ORGANISATIONS
She was the Secretary to the UK Organising Committee for FESTAC ’77; the Secretary Women’s Organisation of Nigeria (WIN/UK); a Member and Secretary of the Commonwealth Countries League; a Roving Lecturer for the Commonwealth Institute, London, at various institutions of Higher Education, and Teacher Training Colleges in Britain, on African, Art, Music and Dance and lectured on African Arts and Craft and on African Theatre for the Inner London Education Authority (ILEA).
Taiwo is a member of several professional bodies in Nigeria and abroad, including the Black Programming Consortium, USA; The British Actors’ Equity; The Advertising Practitioners Council of Nigeria (APCON); The National Association of Theatre Arts Practitioners (NANTAP); The Nigerian Institute of Management; The Governing Council, Nigeria-Britain Association.

LEADERSHIP ROLES
Taiwo Ajai-Lycett, herself the Proprietress and Rector of TALHOUSE PRIVATE SCHOOL, was the President, The National Association of Proprietors of Private Schools, Alimoso Local Government Education District, Lagos State; Member, Advisory Board of the National Council of Women’s Societies; Member, Board of Trustees of the Media & Development Centre; The Millenium Pictures for Development Trust; Member, The African Network for Book Development; Mentor, and Member of The Strategies Board of the National Academy for Future Leaders (Nigeria); Mentor since 2001, for FATE FOUNDATION’S Aspiring Entrepreneurs Programme.
She is a Member of the Editorial Board of Nigeria’s Media Review, and has been for the last fourteen years, a Member of the Award Nominating Panels of both The Nigerian Media Merit Award (NMMA) and the Diamond Awards for Media Excellence (DAME).
Taiwo started her acting career at the prestigious Royal Court Theatre, Sloane’s Square, London, and the British Broadcasting Corporation (BBC). (1969-76). During this stage of her professional life, she combined acting on the UK stage, television and films with print and electronic journalism.
BROADCASTING CAREER
She was for years the weekly Presenter for the BBC’s magazine programme, CALLING NIGERIA – broadcasting from Bush House, London, produced by Florence Akst. She was produced in many Radio productions by John Gordon and Gwenneth Henderson. She was also regularly seen on the popular children’s programme, PLAY AWAY for the BBC. She was co-founder, joint Artistic Director, with Pat Amadu Maddy and Louis Mahoney of the GBAKANDA THEATRE.

PROFESSIONAL TRAINING
Taiwo attended the Guildhall School of Music and Drama, London, City Literary Institute, (City Lit.) and the Dance Centre, Floral Street, Covent Garden, London, studying Acting, Music, Voice, Singing, Ballet, Modern and Contemporary Dance. She is professionally trained in front and behind the camera, qualifying as a Television Producer/Presenter at The London School of Television Production.
Taiwo has performed in many leading theatres in the UK, such as the Traverse Theatre at the Edinburgh International Festival; the Gaiety Theatre, at the Dublin International Theatre Festival; The Bristol Old Vic; The Hampstead Theatre Club; the Royal Opera House, Covent Garden, in Richard Wagner’s Tannhauser; The Royal Court Theatre; The Palace Theatre, Westcliffe; and The Mercury Theatre, Colchester. She has also appeared in numerous UK Television drama productions for the BBC (TV & Radio Drama), ATV, Granada, COI, ILEA and Thames Television. She had a film appearance in the film A WARM DECEMBER starring and directed by iconic Oscar winner, Sidney Poitier.
She appeared recently, in July, 2007, at the Almeida Theatre in the Almeida Opera’s & Streetwise production, Critical Mass, directed by Emma Bernard and Composer Orlando Gough.
Her stage appearances in Nigeria and on Nigerian National Television include, Song of a Goat by J P Clark; Wole Soyinka’s Death and the King’s Horseman; The Lion and the Jewel; Wale Ogunyemi’s The Divorce; Fred Agbeyegbe’s The King Must Dance Naked; Wole Oguntokun’s The Inheritors; Arnold Weskers’ Shylock; Laolu Ogunniyi’s television series, Winds Against My Soul; Jab Adu’s The Young Ones; and Nigerian Television Authority’s The Honourable; For Better for Worse, Eyo Fancy and Rasheed Gbadamosi’s The Mansion.

SOCIAL COMMENTOR & MENTOR
A social commentator, Taiwo Ajai Lycett, is a regular on the Nigeria lecture circuit, speaking on topics such as Relationships, Motivation, Health and Ageing, Stress Management, Sex and The Single, Fidelity, Loyalty, and Cohesion, Youth Development and Social Orientation; Positive Thinking, Mental Focus – arguing that the only value which can attach to any principle is in its application; Gender Emancipation and the Pursuit and Attainment of Political Leadership by Women; Service – as the secret of success – the possession of power is contingent on the proper use of the power already in our possession