Outside It’s CHARLY BOY, Inside, Its CHARLES OPUTA

June 07, 2010
Outside It’s CHARLY BOY, Inside, Its CHARLES OPUTA
(Being a presentation prepared for the launch of Charly Boy’s book, My Private Part at Musa yar’Adua Centre, Abuja, but which was never presented because… well, it’s a Charly Boy Show!!!!)

Introduction
I have decided to rebel against the topic given me by the organizers of this event to take this distinguished gathering through an exploration of the personality of Mr Charles Oputa and the character of Brand Charly Boy. In doing this I request you to indulge me to raise questions after questions. This is because just like many of us here, and including the celebrant today, there are yet aspects of the two entities that remain shady to me. Because of this lack of a complete knowledge of the phenomenon of a dual-personae, I have escaped into raising questions instead of providing definitions. Thanks for the indulgence anyway.
Who is Charly Boy? Who is Charles Oputa?
Are these two characters interfacing in anyway? Or are they intruding on each other's comfort zone? Do share common values that make them symbiotic? Or are these two distinct entities that only share a common body, a common soul? Are they two separate entities destined to share a common structure?
The ultimate questions; can one divorce the other and still survive? Are they destined to live together forever till the ultimate end Terminate their relationship?
Simple as these questions appear, they are not so easy to answer. To unwrap them, we have to dismantle the two entities that we are confronted with.
Charles Oputa and Charly Boy are two distinct personalities, two separate characters, two entities that need each other to survive but yet are separate-able. The resolution, to distinguish between the two or not lies on the chief promoter of the brand Charly Boy, the bearer of the entity called Charles Oputa.
But this is as far as one would want to push the semantics.
The fact is the name Charly Boy rings a bell side by side Charles Oputa who hails from Oguta. It was Charles Oputa that started a musical career with the famous song then, Nwata Miss, but it was Charly Boy that inherited that musical career, with the coming of the album, 1990, which aside from the razzmatazz that heralded its birth, was indeed a breaking point in the history of contemporary pop music. At the time 1990 came, perhaps there was only one publicly anointed artiste licensed to be so daring as to deploy his music to talk down on the Nigeria military rulers. That artiste was Fela Anikulapo Kuti. There were others who were doing same, especially among the folk music groups, but Fela was the icon of political music.
Then came Charly Boy who not only sang to the face of the corrupt, inept, military rulers but also invited them to his public performances and told them to their faces that they were rogues in uniform.
That was the birth of the brand Charly Boy. 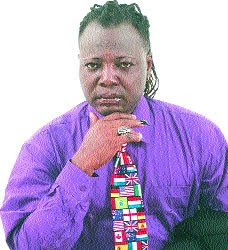 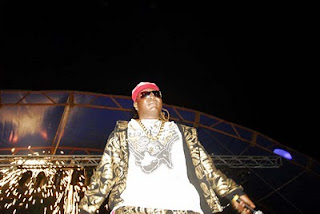 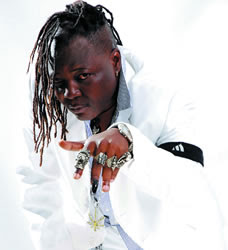 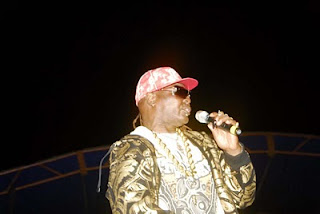 CONCLUSION: To every rebel there are forces of resistance who try to stifle the originality of the artist. Art cannot be for art sake in a developing country like ours. The patrons, critics and consumers of art works insist that it must draw strength from the material conditions of the society from which it emanates. Please do not misinterpret me, I am not legislating for artists what they should do with their inspiration, I just want it be known that in our bid to create forms that are globally acceptable we should not forget that we owe something to our primary constituencies. So for art to endure it should not only engage in self-dialogue but endeavor speaking to, and arguing with all creative/reactionary elements of the society.
Can I still hear the echoes of Nwata Miss or you all have missed the signpost of where it all started. The call to the friends, families and foes to wake up that one of their own is back to give them a voice. Ladies and gentlemen on that note I rest my voice.

A Journey Through Charly Boy’s Private Part
BY ARMSFREE AJANAKU
CHARLY Boy’s chap book: My Private Part carries some larger than life qualities about it. The book basically reflects the author’s non-conformist disposition to life. The big volume is a collection of pictures, snippets, thoughts and poetry about the very controversial aspects of Charly Boy’s life.
Beyond this, however, the book reveals many parts of CB’s life, which people in their shock to the man’s non-conformist ways of doing things, may not see.
The picture will definitely move the reader from laughter to tears and then to realm of sober reflection. We get to see Charly Boy as a family person. We equally see him playing the role of being advocate for the voiceless. In my private part, we are allowed to take a stroll into a world that is bound to touch a chord within our minds.
From this work with Okada riders to his television interviews with the big wigs of society, my private part shows the bike-riding General in his true essence. The awesome thing about Charly Boy’s book is its non-conventional depth. We do not need to rack our heads to find meanings to words that are out of this world. Even for those who cannot read the written word, they would just need to read through the amazing pictures, which captures the man’s essence. From the book, we can glean that the character, Charly Boy is about the freedom of the human spirit, the need to break barriers and turn the world around. In the end, the book leaves us with a gravitation towards the ideal, where things would be bright and beautiful. The book also features what people have said about him, so the story tells itself with honesty and candour. This is not always the case with biographies and autobiographies, which are sometimes economical with the truth. Interestingly too, one other winning point about my private life is the fact the Charly Boy remembers he belongs to a community. He remembers Tyna Onwudiwe in an emotional way among others. This is a testimony to the greatness in this controversial but well loved character.
Charly Boy’s love life and the bond in his family is succinctly captured by his son Charles Oputa (Jnr): "as for mom, I love her to death … she is usually always happy, always smiling. I don’t know what we would do without our mother. I don’t think my father will last without my mother. But I know they love each other."
His daughter Dominique says: "people think my father is a bad person because of his tattoos and earrings, but I think my father is just cool. My school mates all want to meet him and they always ask me about him." There is no doubt that Dominique loves her famous father "for being himself and many people love him too."