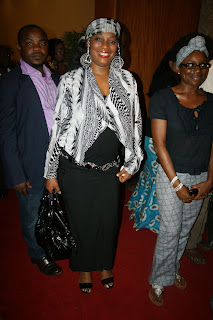 The Committee for Relevant Art, CORA, and Friends of the Arts (FOA) presents the ARTHOUSE FORUM in celebration of YENI ANIKULAPO-KUTI @ 50. Ms Yeni Kuti,choreographer of the Positive Band and Manager of the New African Shrine will be 50 on May 24. The Arthouse is only a prelude to the birthday celebration.

Theme:
FROM BODY GYRATION TO CHOREOGRAPHIC ART: EVOLUTION OF AFROBEAT & MUSIC BAND DANCE.
The objective is to examine how the intervention of Yeni Kuti in Afrobeat Dance changed the dynamics and culture of Music Band dance in the last two decades.

The ARTHOUSE FORUM is a social gathering with generous dose of discussion in honour of an art personality who has contributed immensely to the flowering of a vital aspect of our Cultural Industry. 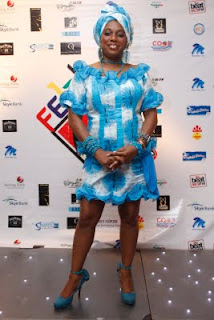 Arthouse Forum for Yeni Kuti at 50
BY CHUKS NWANNE
As a prelude to the 50th birthday of choreographer/dancer, Yeni Anikulapo-Kuti, the Committee for Relevant Art (CORA) in collaboration with Friends of the Arts (FOA), will on Sunday, May 22 stage the Arthouse Forum in celebration of Yeni, choreographer of the Positive Band and manager of the New African Shrine, for her contribution to dance in Nigeria.
Holding at the Freedom Park, Broad Street, Lagos, by 12pm, with the theme, From body gyration to choreographic art: Evolution of afrobeat & music band dance, the objective of the programme is to examine how the intervention of Yeni Kuti in Afrobeat dance changed the dynamics and culture of music band dance in the last two decades.
The lead speaker at the forum is Dr Sola Olorunyomi (author of Fela and the Imagined Continent), a lecturer at the University of Ibadan. He will be joined by Benson Idonije, Broadcaster, music writer and first manager of Fela's Koola Lobitos band; Dr Eesuola, Lecturer on Political Behaviour, University of Lagos; Latoya Julius-Ekemode (culture activist and choreographer of Orlando Julius Band); Segun Adefila, artistic director, Crown Troupe of Africa and Arnold Udoka, National Choreographer, Director of Dance, National Troupe of Nigeria as moderator.
According to the Secretary General of CORA, Toyin Akinosho, “the Arthouse Forum is a social gathering with generous dose of discussion in honour of an art personality, who has contributed immensely to the flowering of a vital aspect of our cultural industry.”
The event is expected to attract artistes and stakeholders in the industry and will also feature performances by the Crown Troupe of Africa and Nefertiti led by Adunni.
Unlike his siblings Femi and Seun, who toed their father’s part, Yeni, the eldest daughter of the late music legend, Fela Anikulapo-Kuti, gained her popularity in dance, which she started at a very tender age.
“I’ve always loved dancing; I stated dancing at a very tender age; about three years old. When I was in secondary school, I joined all the cultural dance groups in my school. Before then, when my father was practicing with his dancer, Dele, I always join her; she used to teach me how to dance Afrobeat,” she said in a previous interview.
Unlike many, who see dance as a hobby, Yeni had always wanted to be a professional dancer.
“I wanted to dance professionally. When I left secondary school, instead of going to journalism school, I wanted to go to a dancing school abroad but my father couldn’t afford it. That was why I could not attend a dancing school but it was still a passion.”
As the first daughter of Fela, it was natural for Yeni to play in the art sector, but she insists her father’s music wasn’t really the attraction.
“It wasn’t really my father because he was a musician not a dancer; it was in my blood. People, who knew us in those days, they used to see my sister and I get into the stage with my father’s dancers. Though I never danced with my father’s band, we used to join them during rehearsals.”
Unlike most parents, who wouldn’t want a dancer daughter, the Anikulapo-Kutis embraced the idea and even provided support to Yeni’s passion.
“My mother was always very supportive and my brother Femi was about starting his band then. So, my sister and I told him, ‘we are going to choreograph for the dancers, in fact, we are going to dance.’ And my mother, she’s used to supporting her children in anything that we were doing. And my father will not say, ‘don’t dance; shebi my father was a musician. So, there was no dissenting voice really,” she said.
Even the many discouraging comments from her peers, most of who were dreaming of becoming lawyers and doctors, did not change anything.
“I didn’t hear them; they must have been talking to themselves, not me. I mean, you get the odd ones saying, ‘ah, Yeni, don’t dance oh! In secondary school, most of my friends knew that I loved dance and they always tried to discourage me. I remember when we were going to do our O Level–– I was the student still dancing–– all the other once had given up; they were studying their books. So, I used to hear my friends say, ‘oh, don’t dance, face your books and I will say to them, ‘all right, I’m coming, I’ coming.” 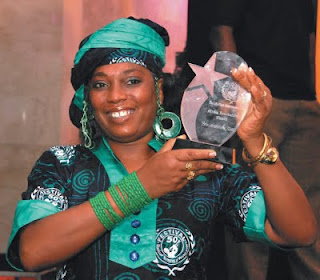 As a student, combining academics and dance was a difficult task for Yeni, but like she puts it, “I did the proffered; dance.”
Though she never enrolled in any dancing class, her talent, which she described as natural, did the magic for Yeni.
“I was just natural to me; by the time they had burnt down my father’s house, he couldn’t afford to send me to school I wanted to go. I first went to school of journalism, then to secretarial school as well, so, I did things that didn’t involve dancing at all; I just followed the trend–– going to school and getting qualifications.”
The coming of Femi Kuti and the Positive Force could be described as the lifeline for Yeni’s dancing career.
“I was just doing what I was supposed to do; working in offices. Until one day my brother (Femi) said he was starting his band; I abandoned everything to face dancing.”
Dancing for the Positive Force remained one of Yeni’s cherished moments in her career.
“I’ve loved every second, every minute of the dancing; I don’t regret it for a second. I’ve danced all over the world; the only places I haven’t been are India and Australia. I’ve been to America, China, Japan, England, Canada, Brazil, France… I’ve been everywhere, just dancing. I was in Croatia, Slovenia, South Africa, West Africa… in fact, I can’t even remember all of them,” she enthused.
Having excelled in her chosen field, topmost in Yeni’s agenda is to set up her own dance troupe and touring around the world.
“I will love to have a dance troupe, but right now, work doesn’t permit me to do that. But for sure, I will definitely have a dance troupe. It has not been easy running the Shrine but it’s enjoyable; it’s actually a par of our dream of maintaining Fela’s legacy. He was such a great man and I’m very proud that we are in the position to maintain his legacy and even do our best to carry it to greater heights.”