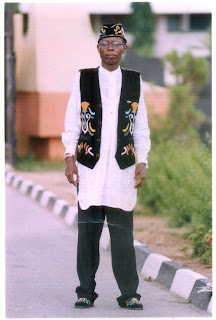 
Born Paul Bassey Alpha Anansa Xhala Effiong Effiom but simply called Bassey Effiong, the theatre director was born in February 1955. Effiong would have 56 in February but he died a few weeks after his birthday. A native of Ikot Edem Ndarake in Akabuyo Local Government Area of Cross Rivers State, Bassey Effiong attended both primary and secondary schools in Lagos and crowned it with a second class upper division in Theatre Arts from the University of Calabar. He graduated in 1981 and through out his pre and post NYSC years, Effiong served either as director in several national stage production. Effiong's directorial skill at the interpretation of Wole Soyinka's The Road is still adjudged the best at the University of Calabar. His own play which he wrote and directed was also adjudged a master piece during his undergraduate years. He later served under the late Professor Ola Rotimi with whom his directorial and writing skills blossomed more. 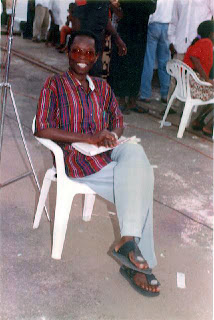 Effiong joined the staff of the National Council for Arts and Culture (NCAC) Lagos from where he ran his popular stars producing Anansa Playhouse. After about a decade, Effiong moved on to Calabar and was employed first into the Cross State Cultural Centre Board as a Deputy Director and later he was transferred to the Ministry of Information as a technical director. Effiong will be best remembered for adapting Chinua Achebe's Things for All Apart for the stage.

anumnyam said…
It is devastating to learn that Paul is no more. I'm a founding member of the Anansa Playhouse and played the role of Senkyi in Edufa written by Efua Sutherland and Directed by Paul. It was the premiere production by the group. I have cherished the hope that i will meet Paul again. He was so kind and caring. I will never forget him. May Nigeria preserve his memory for what he did for Nigerian and African Theatre tradition. May he rest in peace. My heart is broken.- anumnyam
October 21, 2011 at 8:47 AM

anumnyam said…
It is devastating to learn that Paul is no more. I'm a founding member of the Anansa Playhouse and played the role of Senkyi in Edufa written by Efua Sutherland and Directed by Paul. It was the premiere production by the group. I have cherished the hope that i will meet Paul again. He was so kind and caring. I will never forget him. May Nigeria preserve his memory for what he did for Nigerian and African Theatre tradition. May he rest in peace. My heart is broken.- anumnyam
October 21, 2011 at 8:47 AM